"Software patents suck!" It's irrelevant what your or my opinion of software patents is. So long as they are legal, they will exist, and you and I will just have to deal with it. If you want a change, write to your congressman. Support candidates whose position on software patents is compatible with yours. Complaining to me accomplishes nothing.

Neither Canonical nor the Ubuntu project have any interest in signing an agreement with Microsoft on the back of the threat of unspecified patents. We have consistently (but politely) declined to pursue those conversations with Microsoft, in the absence of any details of the alleged patent infringements.

Not content with one Linux deal with Novell, Microsoft has announced at the US Tech Ed that it’s done a similar deal with Novell’s competitor, Xandros, despite the latest draft of the GPLv3. 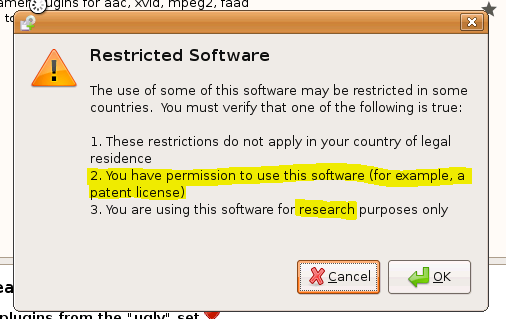